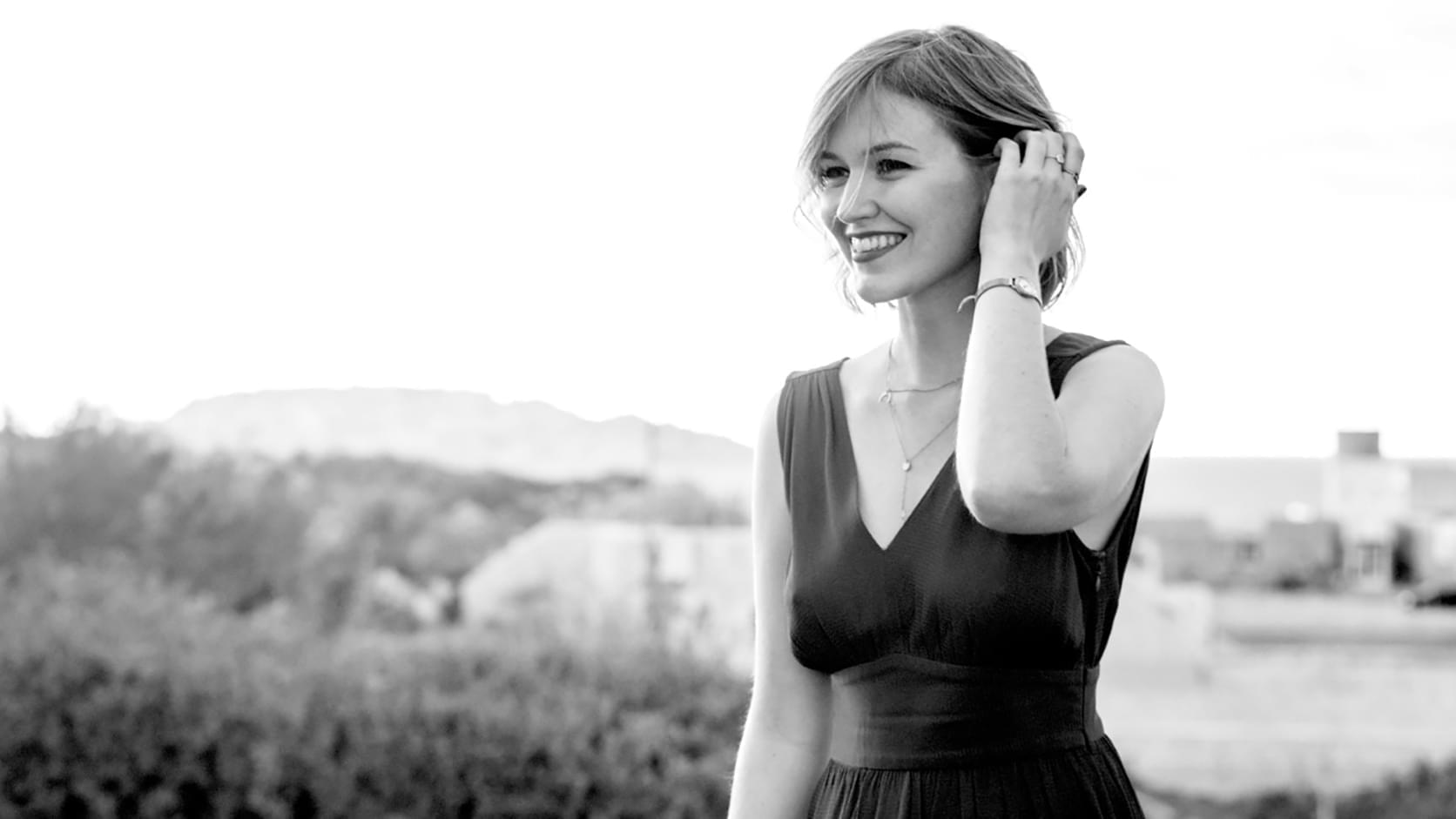 Julia Minkin is an American singer-songwriter based in France. She has been a member of the French electropop group Kid Francescoli for their last two albums, With Julia and Play Me Again, which she co-wrote with the band’s chef d’orchestre Mathieu Hocine. The duo, whose first collaborations began with naïve dictophone recordings and long-distance Skype sessions, are now playlisted on French national radio and tour internationally.

Julia has also collaborated and written lyrics for Wuman, a Brussels-based experimental pop band and for Bogo, a jazz-fusion project headed by saxophonist and multi-instrumentalist Fred Pichot. She grew up in Chicago and studied Comparative Literature and Creative Writing at New York University.

She also agreed to answer a few questions.

The first thing you do when you get up in the morning?
Feed the cat
The adjective that best describes you?
Sleepy
The thing you’re most proud of?
That moment when fans at a concert sing my lyrics by heart
Three resolutions you won't be making in 2018?
Join a gym; train for a marathon; become a morning person (I’m more inspired at night)
Your favourite album cover?
Hejira, Joni Mitchell
The last website you visited?
NPR Music
The one you visit most often?
Instagram
The song that just about sums up your life?
Heart of Glass by Blondie
Life would be more beautiful without...
People who abuse their power
If you were an item of clothing, which would you be?
A jean jacket
Which person you admire, past or present, would you invite to your dream dinner party?
Udon and sake with Jennifer Lawrence
A word to describe Sessùn?
Elegance
Article suivant
Article précédent
You may also like
Playlists
Playlist #6 : Inès Mélia
The artist Inès Mélia offers us an inspiring selection of music perfect to celebrate the start of the summer season.
Read more
Playlists
Mélanie Elbaz
Mélanie Elbaz, long-time friend and extraordinary photographer has concocted the perfect playlist for us!
Read more
Playlists
Noémi Ferst
Discover the smooth playlist made by Noémi Ferst
Read more
Safely pay